Japan National Tourist Organization (JNTO) appoints talented and influential individuals who have excellent knowledge and fame in their fields as ambassadors for developing its presence of each city in Japan as destinations of MICE events. On 20th March JNTO appointed 4 academics as their new MICE ambassador in the second half of the fiscal year 2018.   One of them, Susumu Otsuka, Hiroshima University Graduate School of Integrated Sciences for Life Setouchi Field Science Center, ., Professor, is lobbying for the 15th International Conference on Copepoda in 2023. HCVB has designated ICC2023 as a conference whichi will be provided our subsidy if the conference is held in Hiroshima city in 2023 and is continuing supporting his bid paper.

The photo was taken just after the appointment ceremony in Tokyo and the right is Prof. Otsuka and the left is Keiji Osaki, JNTO Promotion Department Director.

During the 14th International Conference on Copepoda which will be held in South Africa from 14th June to 19th, the 2023 destination will be decided and HCVB continues providing supports for future international conferences in corporation with JNTO. 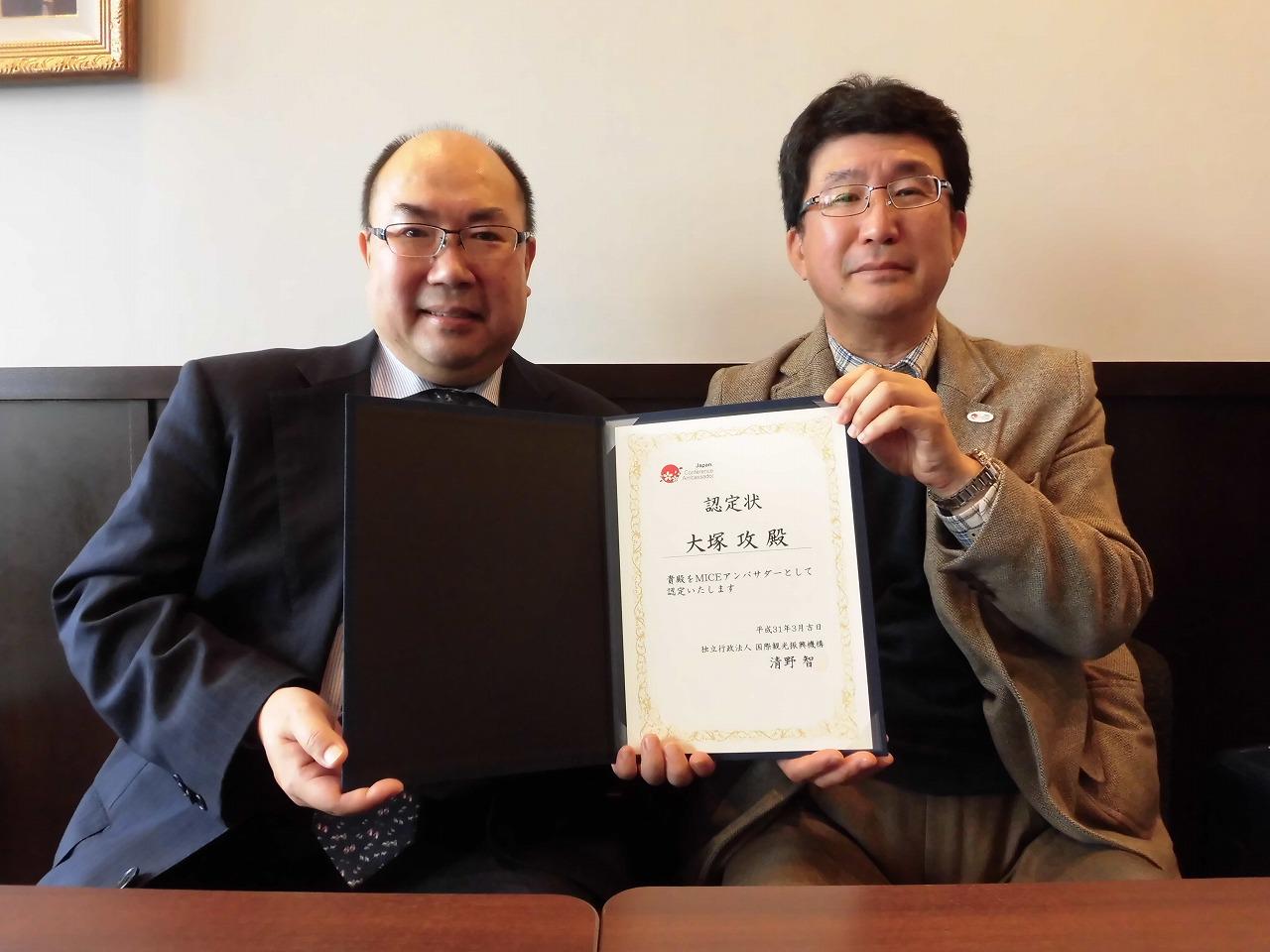